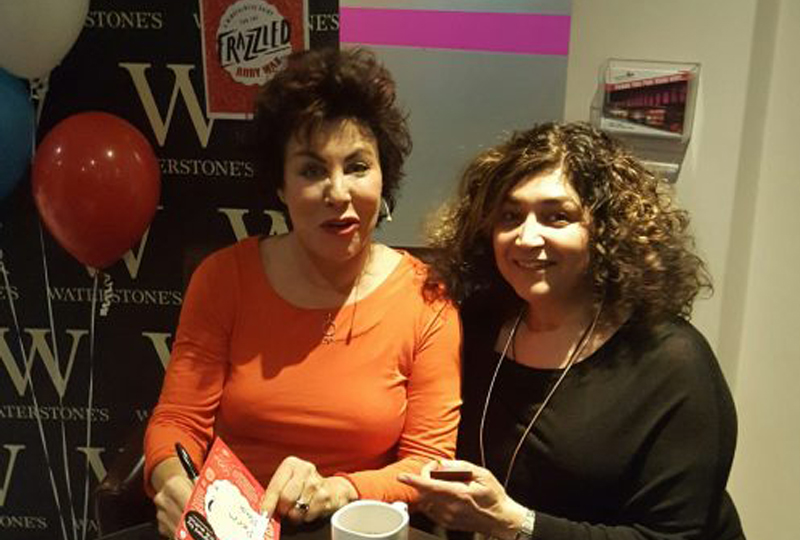 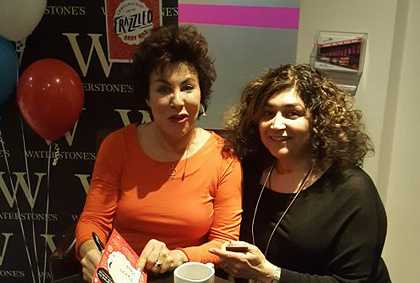 It was great to meet Ruby Wax after her wonderful show, Frazzled at the Royal Spa Centre in Leamington recently.

Ruby has done so much in promoting mindfulness and bringing mental health issues out into the open for discussion and understanding.
In April 2015 Ruby Wax was awarded an OBE by the Queen for services to mental health and she’s a Masters degree in Mindfulness-based Cognitive Therapy from the University of Oxford, she also has a Sunday Times bestselling book and is a patron for the British Neuroscience Association. I think it’s therefore fair to say that this lady knows her stuff!

“We are not equipped for this century, it’s too hard, too fast, and too full of fear; we just don’t have the bandwidth. Our brains can’t take so much information in a world where we’re bombarded by bad news and force-fed information. I can just about take in the weather, then I’m exhausted. You open a newspaper, everyone’s dead. We’re only supposed to know what our neighbour is up to; if the woman next door to you is having sex with the man next door to her we need to know; but four doors down and it’s none of our business.”

Her latest book and sell-out tour – Frazzled, encourages us all to introduce some mindfulness into our lives but also stresses the importance of giving ourselves a break at times and to be kind to ourselves.

We’re certainly enjoying the book, it’s accessible and friendly and not only does it introduce you to mindfulness, it will make you laugh – in itself great therapy!